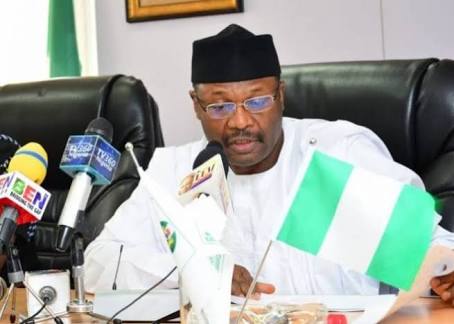 The Chairman of INEC, Prof. Mahmood Yakubu, has said that the primaries conducted by the various political parties ahead of the 2019 elections are some of the “most acrimonious” in the nation’s history in recent times.

He added that the commission had already been joined in 396 pending cases in various courts across the country over the conduct of party primaries and nomination of candidates.

He noted that there would likely be more court cases, given the over 300 requests for Certified True Copies of documents from the commission, which he said was a prelude to more court actions.

He also said the commission had received 52 petitions and protests from aggrieved party aspirants over controversial primaries.

Speaking on Friday during a capacity-building workshop for journalists, jointly organised by INEC, European Centre for Electoral Support, European Union and European Union Support for Democratic Governance in Nigeria, Mahmood pointed out that internal party democracy was still a source of concern to the nation’s electoral progress.

He said, “Unfortunately, we have also witnessed some of the most acrimonious party primaries in our recent history. Internal party democracy is still a source of concern to our electoral progress. So far, the commission has been joined in 396 pending actions in various courts across the country arising from the conduct of party primaries and nomination of candidates by political parties.

“We have similarly received 302 requests for CTCs of documents, mainly our monitoring reports of party primaries and copies of personal particulars of candidates. These requests are obviously a prelude to more court actions. In addition, we have also received 52 petitions and protests from aggrieved party aspirants.

“The implication of these challenges is that as we prepare for the general elections, we are also going to grapple with pre-election litigations.”

The chairman said further that about 73 political parties had filed their nominations at the end of the period for the substitution and withdrawal of candidates for the 2019 presidential election.

“Similarly, the full list of candidates and their political parties will be published for public information in line with the commission’s timetable and schedule of activities.

“The commission is working on the list of candidates nominated by political parties for the 991 state assembly constituencies as well as the 68 area council chairmen and councillors for the Federal Capital Territory. The full details will also be published for public information in line with our timetable and schedule of activities.”

While giving assurance that the commission was ready for and committed to free, fair and credible elections, he said INEC did not and would never tolerate any breach of the strict timelines provided for in the timetable for the elections, adding that seven out of the 14 activities strictly on the schedule for the election had been successfully implemented.

The INEC chairman said parties that failed to respect the democratic process in selecting candidates during primary elections had lost the moral right to complain about secondary elections.