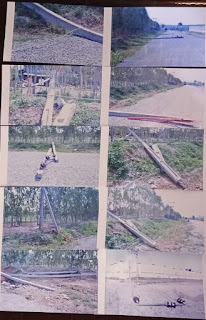 Residents of a  community in Kuje Abuja woke up to a rude shock as community infrastructure were been destroyed in broad daylight by the management of Almat farms under the physical supervision of its owner; Mr. Maurice Ekpo. This act sent shock waves to the community which lead to an appeal to the general public to join their voices until the news gets to the appropriate authority.

Speaking to an eye witness in the community, Godwin Ajibola, he said he doesn’t know what really caused the demolition of the electrical poles but he was present at the scene where he saw Maurice Ekpo the owner of Almat farm and also the operator making use of excavator to pull down the poles.

He further stated that the poles aren’t in the compound or on the land of almat farm, calling for help to safeguard their community infrastructure from further destruction.

Suleiman, another eyewitness also said he did not know what lead to the demolition but he was present at the scene where excavator was used to pull down the poles

This singular act has left neighbors and the entire community in darkness.

Should do the needful because destruction to community government property is prohibited by law. 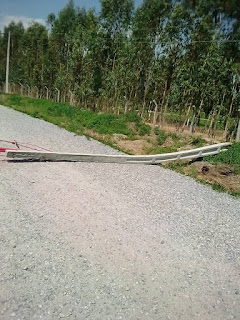 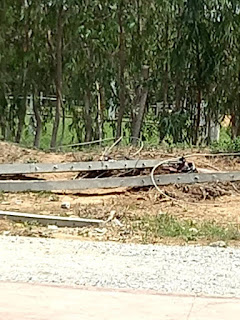 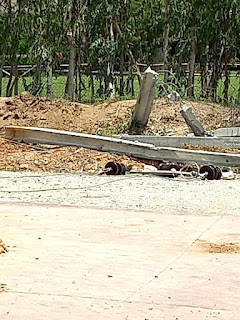