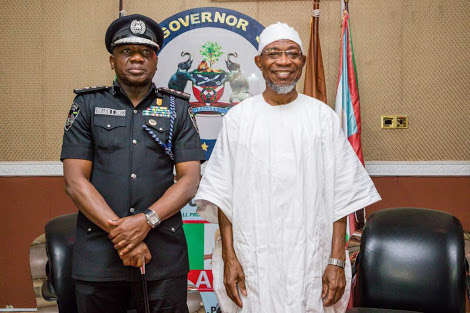 The PDP has called on the Inspector General of Police, Ibrahim Idris, to arrest the former governor of Osun State, Rauf Aregbesola, for allegedly forging a police report he presented before an Election Petition Tribunal in 2007.

The Osun State branch of the PDP, in a statement by its chairman, Soji Adagunodo, on Wednesday, recalled that before taking over from his predecessor in November, 2010, Aregbesola and one other, were facing six counts bordering on forging and presenting a fake police report to an election petition tribunal in 2007.

According to Adagunodo, the matter that was then being heard by an Abuja High Court could not proceed when Aregbesola became governor in 2010, because of the immunity attached to his office.

“Now that Mr Aregbesola no longer enjoys constitutional immunity, the Inspector General of Police is duty bound to arrest him and present him before the court to prove his innocence in the charge,” Adagunodo said.

He recalled that the “forged” police report was the basis the Appellate Tribunal in Ibadan ordered a retrial of Aregbesola’s petition in 2009.

“It was curious that the former governor and his party abandoned the report when their petition went back for trial in the same year.

“While forgery itself is a weighty crime, forging a security document like a police report should be a matter of concern to the public and must not be swept under the carpet in any guise.”