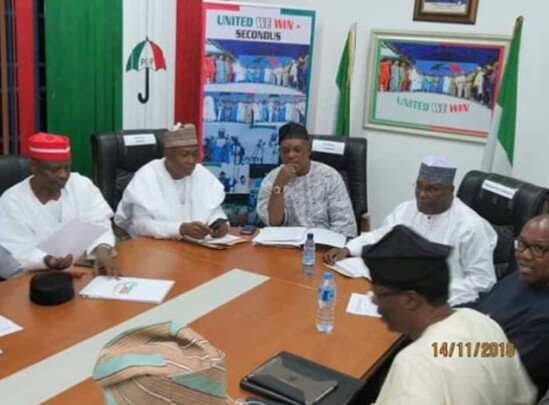 The meeting, which was held at the PDP Presidential Campaign office (Legacy House) was attended by notable members of the council.

The meeting was the first Atiku held with the members of the campaign council since they were named a few days after the former Vice-President won the party’s presidential nomination.

The meeting, which started around 9.15pm, ended around 12.28am on Thursday.

Sources at the meeting said Atiku formally informed the members of his desire to run a broad-based campaign devoid of acrimony and that he would want the campaign to be issue-based.

It was also gathered that issues of logistics, funding and how to fill other positions in the campaign council were discussed.