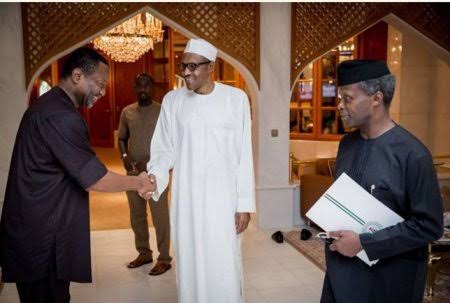 The Federal Executive Council (FEC) may hold an emergency session tomorrow (Friday) to consider and approve the 2019 Appropriation Bill.

A reliable Presidency source said the government plans to present the budget proposal to a joint session of the National Assembly next week.

The Presidency has, however, opened talks with the National Assembly leadership on the likelihood of accommodating President Muhammadu Buhari to make the budget presentation next week.

The source, who spoke in confidence, said the budget had been prepared for FEC consideration.

After the FEC approval, President Buhari will notify the National Assembly of his intention to present the Appropriation Bill.

The source said: “Initially, there were plans by FEC to consider and approve the budget on Wednesday but the President was away on official duties to Poland.

“We have fixed Friday for an emergency FEC meeting on the budget because we do not have time on our side.

“In fact, if we get the nod of the National Assembly, the government, the President will present the budget to the legislature next week.”

A Presidency official, who confided in The Nation, said ministers had been put on notice for an emergency FEC session on or before tomorrow.

The official said: “Before the FEC meeting ended on Wednesday, Ministers were told to be on standby for an emergency session on or before Friday.

“We are hopeful of wrapping up the budget issue before the Yuletide. It is left to the National Assembly to cooperate with the President.”