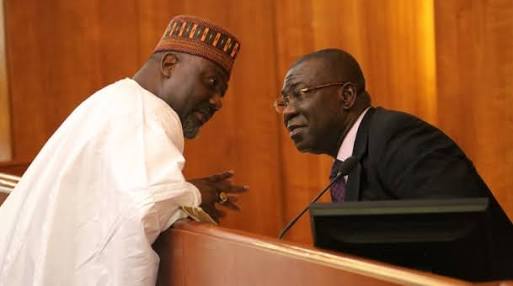 Senator Dino Melaye has reacted to the assassination attempt on the life on Ekweremadu and his family in Abuja.

We broke the news earlier that Deputy Senate President, Ike Ekweremadu and his family were almost killed after gunmen gained access to their residence but was subdued in time by security, with one of them arrested.

“Just spoke to Senator Ike Ekweremadu. There was an attempt to assassinate him about 4am this morning.

“One of the assassins was arrested after serious wrestling. He has been handed over to the police in Apo Police Station.

“We are in Periluous times but God will continue to be God.”