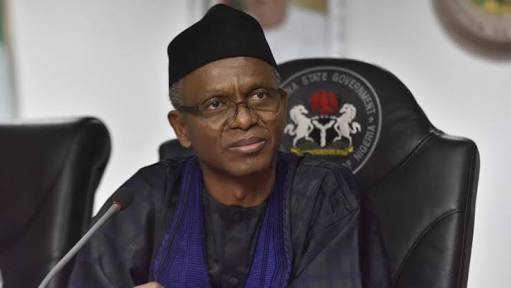 Kaduna State Governor Nasir el-Rufai on Tuesday said he settled for Dr. Hadiza Balarabe, a fellow Muslim, as his running mate in the 2019 governorship election in the state because she is the right person for the job.

Maybe no Christian woman in Kaduna is “competent”.

The governor, who received in audience the people of Sanga Local Government Area at the Sir Kashim Ibrahim Government House, Kaduna, who came to thank him for picking their daughter as his running mate, said he based his choice on competence and performance.

“Muslim-Muslim ticket is not a religious ticket but a competence and performance ticket,” the governor said.

Balarabe’s choice as el-Rufai’s running mate had generated criticism in the state.

But el-Rufai, while responding to critics, said before he picked Balarabe, he consulted President Muhammadu Buhari.

He said, “About a year ago, the Deputy Governor, Barnabas Bala, told me that he was going to contest the senatorial election, I was in a dilemma to get a replacement for him.

“So, we started with a list of people for consideration, and I had up to 32 names, including the names of some people seated with me here today.

“Then, we started selection and dropping names based on merit. From 32 names to 17 to 12 and then five, three males and two females.

“At that point, and as usual of us, when we are taking serious decisions, we consult President Muhammadu Buhari, because he is the only person I know that has worked in the army, he has been Governor, Minister and President.

“So, when I told him, he said anyone older than me should be dropped. Then one name was dropped, remaining two men and two women, then he said ‘since you are interested in a woman, pick the best woman’. That was how I picked Hadiza, because she was the best.” The governor added that most of his Muslim-Muslim critics were those who did not vote for him in 2015.
Warning: count(): Parameter must be an array or an object that implements Countable in /home/headlin1/public_html/wp-content/plugins/ultimate-author-box/inc/frontend/uap-shortcode.php on line 94
style=”display:none;”>