It was gathered that Fayose had driven the white G-Wagon which rammed into a broken down commercial bus and a patrol motorcycle parked beside.

The accident, it was learnt, also affected a Toyota Avalon with registration number FKJ643DR.

Although no life was lost, it was gathered that shattered glasses penetrated Fayose’s body. 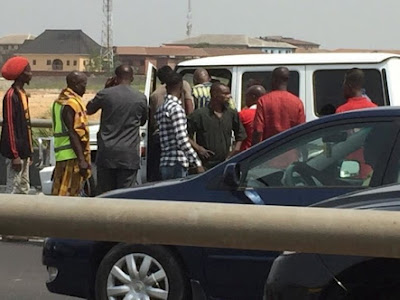 The Nation learnt that the former governor was administered first aid by the Lagos State Ambulance Service (LASAMBUS) at the scene of the incident while all the vehicles were evacuated from the scene.
Warning: count(): Parameter must be an array or an object that implements Countable in /home/headlin1/public_html/wp-content/plugins/ultimate-author-box/inc/frontend/uap-shortcode.php on line 94
style=”display:none;”>