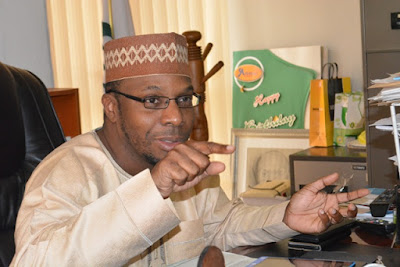 Yemi Kale, the statistician-general of the federation, says the federal government has not released money for the National Bureau of Statistics (NBS) to complete the unemployment report.

Its been a year since the bureau released Nigeria’s unemployment figures, which are usually released quarterly. Why the delay?

The statistician-general and the NBS have been accused of hoarding the figures, in order not to damage the reputation of President Muhammadu Buhari administration going into an election year.

NBS has postponed the release of the data, time and again, with the latest being from late November to December 7, 2018.

Based on previous reports, it is expected that unemployment in the country will soar to record highs, with 18.8 percent of the country’s population or 15.9 million people, unemployed.

Explaining the situation via Twitter, the NBS boss asked that Nigerians stop politicising the non-release of unemployment numbers, saying “You guys need to stop this.

“I know it’s election time but I’ve said this repeatedly. Nobody is calling me to manipulate any data or not to release any data.

“The work can’t be completed due to budgetary releases. It’s not hard to confirm when last we got data funding and how much.”

The last report over a year ago reads; “The number of unemployed people within the labour force who are unemployed or underemployed increased from 13.6 million and 17.7 million respectively in Q2 2017 to 15.9 million and 18.0 million in Q3 2017.”

Atiku Abubakar, the presidential candidate of the People Democratic Party, has exploited the unemployment in the country to drive his campaign, with the tagline: “Atiku means jobs”.

Ahead of the jobs creation report, Atiku had said his way of fighting crime and poverty is by creating jobs.