Last Thursday, the Enugu house of assembly introduced a bill that seeks to provide life pension for ex-governors and their deputies in the state.

This is happening at a time when some states including Lagos and Kwara are moving to block such life benefits for ex-governors.

Apart from coming amid the effects of the coronavirus pandemic, it will further deplete the resources of the state which has a 58 percent poverty rate, according to the National Bureau of Statistics (NBS).

‘SO MUCH MONEY TILL DEATH DO US APART’ 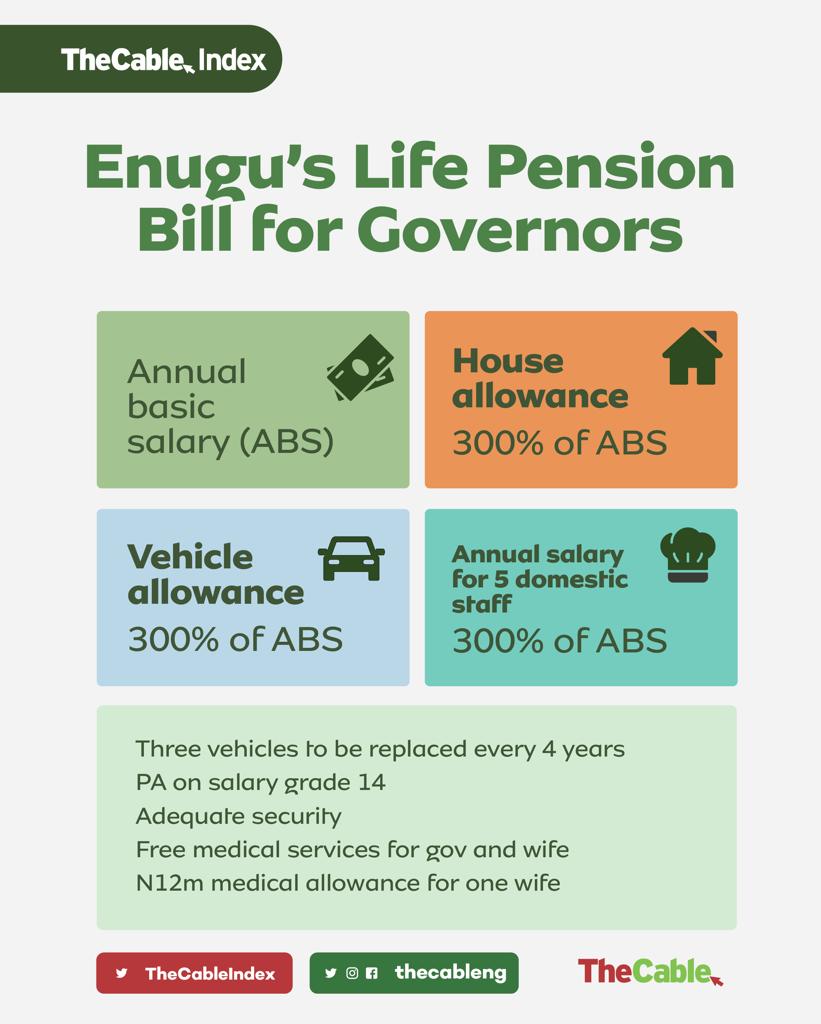 TheCable obtained a copy of the new bill and found that it appropriates at least 900 percent of a governor’s annual salary as his monetary entitlements every year after leaving office.

Even their wives would get a share of the cake amounting to N12 million as annual medical allowance.

Provisions of the bill cover almost any possible major expenses an ex-governor can incur in his/her life, including financial responsibility for burial.

According to section six, “where a former governor or former deputy dies, the state government shall: Make adequate arrangement and bear the financial responsibility for his burial and pay a condolence allowance of a sum equivalent to the annual basic salary of the incumbent to the next of kin”.

The fourth section provides for “such other gratuity or allowances as may be provided by any other law” as may be entitled to a former governor other than what was stated in the bill.

In addition to the lifetime annual basic salary (ABS) for an ex-governor, there is also a house maintenance allowance, an annual salary for five domestic staff and a vehicle allowance — each valued at 300 percent of the ABS.

This translates to 900 percent of the ABS being paid to a former governor every year.

This is in addition to providing three vehicles to be replaced every four years as well as a personal assistant on salary grade level 14.

Apart from the N12 million provided for a former governor’s wife as annual medical allowance, both ex-governor and ex-first lady will also receive free medical services until death. 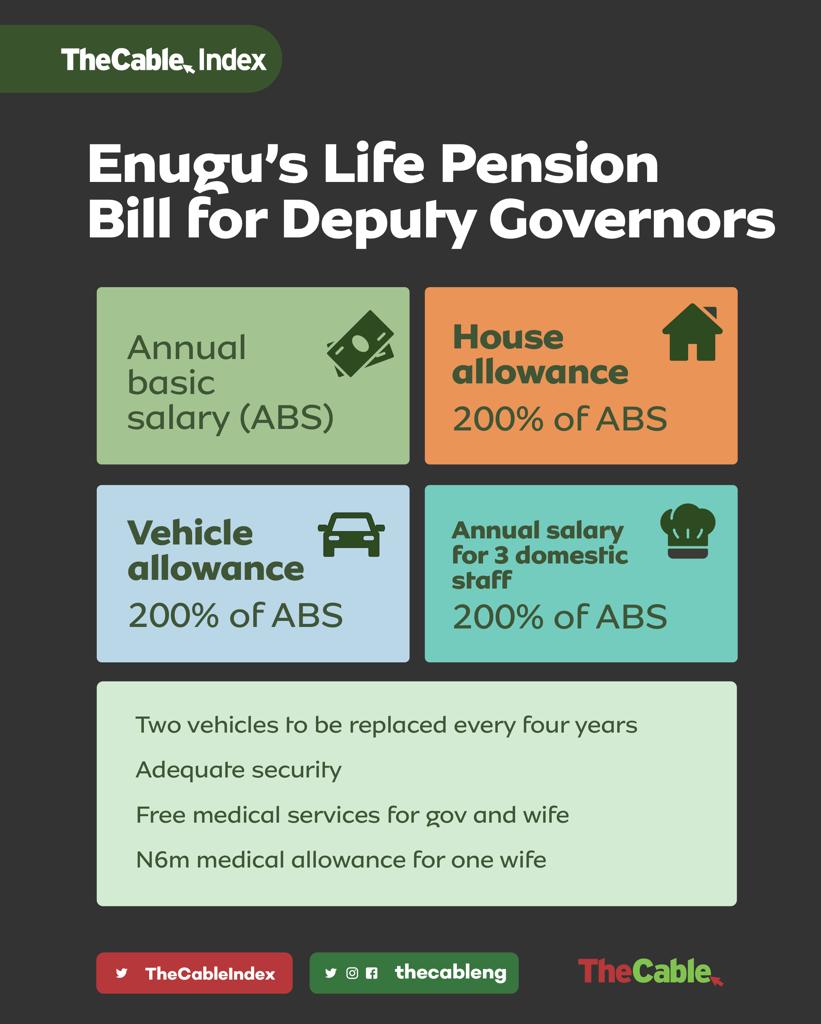 There are also similar provisions for a former deputy governor who gets 200 percent of their ABS each for house allowance, vehicle allowance and annual salary for three domestic staff.

He will also be getting two vehicles to be replaced every four years, free medical services for him and his wife as well as N6 million medical allowance for the latter.

Enugu was only able to generate N12.2 billion as revenue in the first half of 2020. How much of that can take care of its four former governors and their deputies? Just how much?