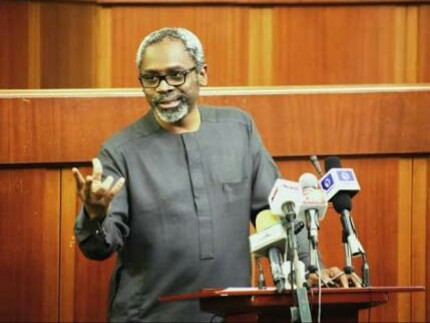 The Majority Leader, House of Representatives, Mr Femi Gbajabiamila, on Monday said the Buhari/Osinbajo ticket of the All Progressives Congress remained the best option for the 2019 elections.

Gbajabiamila said this in Lagos at the presentation of 350 laptops to students and youths in his Surulere Federal Constituency 1.

He also urged the Yoruba to reject the slot of the Secretary to the Government of the Federation offered by the PDP presidential candidate, Alhaji Atiku Abubakar, saying the geopolitical zone should not trade away a vice-presidential position for the SGF.

Gbajabiamila said the APC-led administration had set the foundation for the country‘s progress and urged Nigerians to vote the party for continued progress.

The lawmaker said another term for the APC meant a steady progress to a better future for the country.

The majority leader said the South-West as well as other geopolitical zones had benefited massively from development projects of the Buhari administration in the last three years.

He therefore said the people of the geopolitical zone, particularly Lagos, had resolved to stand with Buhari to emerge in 2019 in appreciation of what he had done for the South-West and the country in general.

NAN reports that he added that the promise of the PDP for a SGF slot could not make the region trade away “the development ticket.”

“Do we have anybody seated here who actually believes the South-West should drop the position of Vice-President and go lower down to Secretary of Government of the Federation as recommended by the PDP?

“I am sure none. Our resolve in the candidature of President Muhammadu Buhari and Prof. Yemi Osinbajo cannot be traded away for any condescending offer.