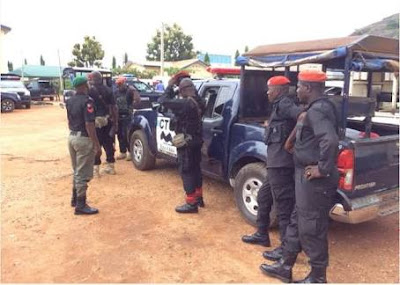 A twelve-year-old girl, Tawa Taiwo, who was reportedly kidnapped in Ilorin, the Kwara State capital, has been found in Oye-Ekiti, Ekiti State.

She was said to have escaped from her abductors on Monday.

Last night Tawa was being kept at Oye-Ekiti Police Station from where she will be taken to the local government secretariat for transfer to the Ministry of Women Affairs and Social Development.

A resident of Oye-Ekiti, who spoke on condition of anonymity, said Tawa was roaming the streets of Oye-Ekiti and was questioned by residents.

The source added: “We saw her roaming the streets. Her appearance resembled that of somebody that was frightened.

“We became suspicious because we found her at a time pupils were in school.

“She said her name is Tawa and her father’s name is Taiwo and that she was kidnapped in Ilorin in Kwara State and abandoned at Ayede-Ekiti from where she trekked to Oye-Ekiti.”

The girl could not give details of how her family could be reached.