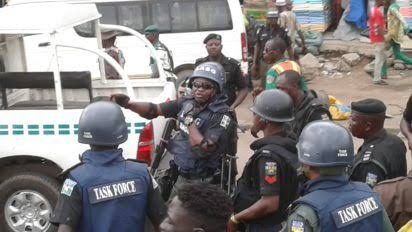 The Presidential Panel on Reform of SARS sitting in Lagos on Thursday heard how a member of the squad, Police Inspector Wilson Okenya, killed a suspect and converted two Toyota Sienna buses for himself.

Giving evidence in a case bordering on extra-judicial killing before the panel, a Chief Superintendent of Police, Modupe Opaleke, confirmed that Okenya was charged to court after investigations revealed that he truly converted two Toyota Sienna buses.

“I was assigned to enforce a court judgement which ordered Insp. Okenya to return two Sienna buses and pay N500,000 compensation to a victim, one Benjamin Chibuzor, for unlawful arrest and refusal to appear in court in 2013.

“The case actually began at Ajangbadi division where Chibuzor and four other suspects were arrested for alleged armed robbery during which two Sienna buses were taken from Chibuzor.

“Chibuzor was charged to court and when Insp. Okenya failed to show up in court, the case was dismissed and he was asked to return the two Toyota Sienna buses and pay a N500,000 compensation.

“Investigations however revealed that the inspector after registering the buses as exhibit at SARS, Ikeja, illegally auctioned the buses.

NAN reports that the panel, headed by Tony Ojukwu, further asked CSP Opaleke if she bothered to find out why only Chibuzor out of the five suspects was charged to court and if the inspector went through orderly room trial before being charged to court.

According to the panel, the outcome of the orderly room trial should determine the charges that would be leveled against the inspector.

The panel also asked CSP Opaleke if she came across any suspect named Ogadi during her investigation as the suspect was the one that was allegedly shot dead by Inspector Okenya.

Responding, CSP Opaleke said she was only assigned to investigate the case as regards the judgement which ordered Insp. Okenya to return the buses and pay compensation.

However, Mr Chibuzor, who was also present at the hearing, then told the panel how the inspector had confessed in the presence of CSP Opaleke that he killed Ogadi.

Mr Chibuzor was then asked by the panel if he had included that in his statement and the police were requested to bring Chibuzor’s statement alongside Insp. Okenya on Friday, Nov. 16 for interrogation.

The public sitting holding at Lagos High Court, Ikeja will end on Saturday.