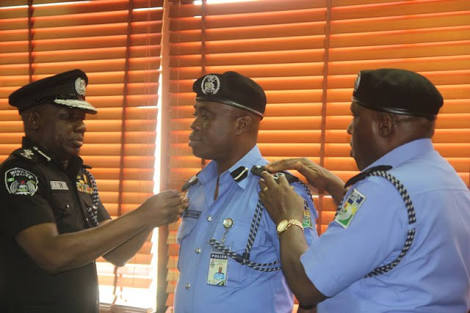 The House of Representatives on Wednesday resolved to investigate the clash between the Police Service Commission and the Inspector-General of Police, Ibrahim Idris, over the ‘special promotion’ saga by the police boss.

The probe was based on a motion moved by Mr Frederick Agbedi at the plenary on Wednesday, entitled, ‘Need to Investigate the Allegations of Promotion of Police Officers by the Inspector General of Police and the Threat of Demotion of the Officers by the Police Service Commission.’

Granting prayers of the motion unanimously, the lawmakers resolved to mandate the Committee on Police Affairs to “investigate and ascertain the propriety or otherwise of the said appointments and promotions, whether they were done in compliance with the provisions of the constitution and the General Promotion Guidelines of the Nigeria Police Force, and report back within eight weeks for further legislative action.”

Moving the motion, Agbedi said, “The House is aware that the Inspector-General of Police has appointed and posted state Commissioners of Police, and promoted some officers of the Force without recourse to the General Promotion Guidelines or the PSC, a development which the commission frowned at and has threatened to review those appointments and demote such officers.

“The House is also aware that some of the benefiting officers, who felt aggrieved by the decision of the commission, have threatened litigation if the said decision to demote them is carried out, while those due but denied promotion are also spoiling for action.

“The House is desirous of the need to ensure professionalism and discipline in the NPF to make sure same is perceived positively locally and internationally.”