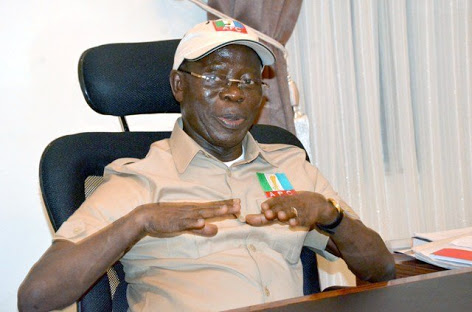 Aspirants who contested the various positions in the recently concluded APC primaries have warned that the party will find it difficult getting the required number of votes for President Muhammadu Buhari in the 2019 presidential election if the party go ahead and field unpopular candidates in the states.

One of the aspirants for the House of Representatives seat for Ekiti Central Constituency 1 comprising Ado, Irepodun and Ifelodun local government areas, Olayinka Olafemi Daniels described as a conspiracy against the President, attempt by some party leaders to foist unpopular candidates on the people.

Daniels said in an interview in Abuja that any attempt by the party leaders at the National, level to succumb to the manipulations at the state level will force the people; it may force the people to vote for the opposition party, thereby causing the president the required votes.

He said “If they pick the wrong candidate, that person will definitely lose the general election and it will no doubt affect the chances of the President. The programmes of the president are laudable, but should not be truncated by these desperate acts of some of our leaders.

“I am not a desperate politician because I have my profession and a source of livelihood. But we are passionate about this party and want the President to succeed.

“We should not undertake the opposition and I must tell you that the emergence of Atiku as the Presidential candidate of the PDP is a major challenge in the south west. So, I want the leadership of the party to declare me the candidate of the party because i am the most popular among the aspirants”.

Also, speaking in the same vain, One of the Senatorial aspirants of the party in Delta North, Ambassador Gabriel Chukwuma Oyibode said the party will find difficult to get votes for President Buhari in 2019 general election if he is excluded from the exercise which he described as a kangaroo exercise.

Chukwuma, who said he was one of those who obtained nomination form, screened and cleared to contest Delta North senatorial primary alongside, Doris Uboh and Dr. Mariam Ali claimed that he excluded from the ballot paper during the primary at the party’s state secretraiat.

He alleged that Dr. Mariam Ali who was reportedly declared winner of the primary was sponsored by the major opposition party, the People’s Democratic Party (PDP).

Ambassador Chukwuma told newsmen apart from the fact that his name was omitted from the ballot, the primary election did not hold in the state wondering how the winner emerged.

He said: “Three aspirants, Mariam Ali, Doris Uboh and myself were screened by the party’s screening committee after obtaining the nomination and indication of interest to contest the senatorial seat for the Delta North Senatorial District, but unfortunately, the primary election never held on the stipulated date as we waited at the venue and both the Independent Electoral Commission (INEC) officials were not there till about 3.30 pm.”

According to the aspirant, after waiting all day, the primary was said to be postponed to the next day where it was held in a different venue outside the official designated venue, the Technical College of Education Asaba which he claimed he reported to the party election committee chairman, Gen. Lawrence Onoja (Rtd).

“I was disfranchised along with my delegates who are the largest in number against a Kangaro election held without my name found on the ballot paper and two boxes provided instead of three”, wondering how three candidates will be screened for an election and two will be made to contest.

“This act is tantamount to electoral fraud and I want the world to know what the party (APC) has done in the state regarding the primary election.”