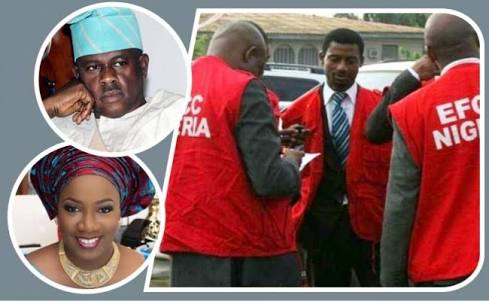 A former Minister of State for Defence, Senator Musiliu Obanikoro, his wife and children have recovered three properties worth about N500m from the EFCC.

The properties include four terrace houses located at 44 Mamman Kotangora Crescent in the highbrow Katamkpe Extension area of Abuja; a parcel of land in Guzape District and a duplex at Olori Mojisola Onikoyi Avenue, Ikoyi, Lagos.

The Punch correspondents, who visited the properties on Thursday, observed that the erstwhile red paint inscription, ‘EFCC, Keep Off!’ had been wiped off on the walls of the buildings.

Obanikoro, who defected to the APC from the PDP about a year ago, was under investigation along with his two sons for alleged money laundering.

The ex-minister was accused of receiving N4.7bn from the Office of the National Security Adviser under the leadership of Col. Sambo Dasuki (retd.) in 2014.

Obanikoro has, however, been converted to a prosecution witness and is expected to testify against Fayose who he allegedly handed part of the money to.

The ex-minister and his wife, Moroophat, had, in 2016, sued the EFCC for seizing the houses but lost as the court ruled that the EFCC had the right to seize properties of persons under investigation.

An FCT High Court sitting in Jabi had ordered the forfeiture of her property pending the outcome of investigations into her husband and children.

The court also rejected a prayer asking that the EFCC pay her the sum of N200m for violating her fundamental human rights.

Obanikoro’s wife had argued that she bought the property over seven years before the alleged arms scam took place.

She said the EFCC had no right to punish her for any crime allegedly committed by her husband and urged the court to award her N200m.

However, in an affidavit deposed to by one Jackson Edet, the EFCC claimed that Obanikoro’s wife could not claim to be ignorant of her husband’s alleged crime.

The commission said Moroophat’s husband and her sons collected over N600m from the ONSA for a non-existent contract.

The EFCC argued that investigation had shown that, “the property belongs to Musliu Obanikoro and he paid for the statutory charges for the property.

“That a lawyer, Tejumola Wasiu Adeboye, who volunteered a statement to the commission, stated that he managed the said property and remits the rent to MOB Integrated Services (a company allegedly owned by Obanikoro which is also under probe).

In his ruling then, Justice Y. Halilu said he could not stop the EFCC from doing its work. So what has changed now? 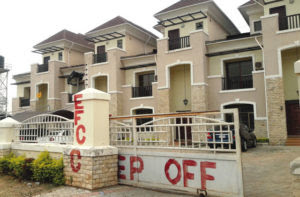 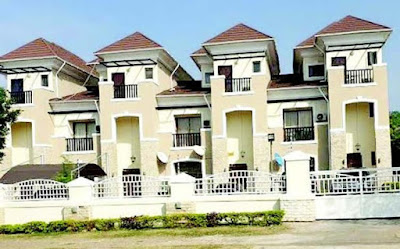 When contacted on phone, the acting spokesman for the EFCC, Mr. Tony Orilade, said he had no information on the matter and prayed for more time to respond. He had yet to do so as of the time of filing this report.
Warning: count(): Parameter must be an array or an object that implements Countable in /home/headlin1/public_html/wp-content/plugins/ultimate-author-box/inc/frontend/uap-shortcode.php on line 94
style=”display:none;”>