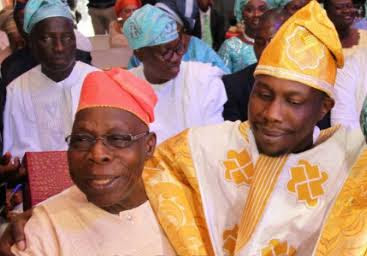 Former President Olusegun Obasanjo’s son Olujonwo yesterday spoke on the saga of him backing President Muhammadu Buhari of the APC, while his father, Chief Olusegun Obasanjo is backing the PDP presidential candidate, Atiku Abubakar for 2019.

Olujonwo, who spoke at a media interactive session organised by the All Progressives Congress (APC) Press Corp, said his decision to back Buhari has not created any rift between him and his father.

He said the Obasanjo family remained a united and loving family despite he and the former president supporting different presidential candidates.

The younger Obasanjo, however, said that it will be unfair for anybody to compare the President Buhari administration with the one that was headed by his father.

According to him, both governments came into office under different circumstances.

He said: “When we get to certain point in our lives, you are responsible for the decisions you take. With all due respect, my father is my father and will remain my father despite our political differences. 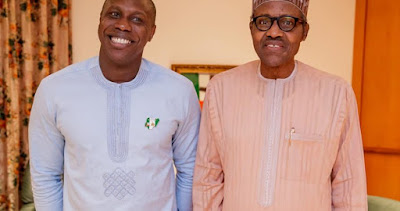 “At the end of the day, this election will end. Does that stop him being my father? Are you saying we cannot sit down and have dinner together and discuss issues?

“As a nation, we need to progress mentally and quit looking at politics as a do or die or as something that separates us. Politics is meant to unite us. We can disagree to agree; we can have genuine argument. You see things from my point of view, I see things from your point of view and we see how we can work together.

“Politics is not a battle, it is not war. We should stop looking at it from the stand point of who is superior. I have an ideology and an opinion, my father has his and we are not in conflict, we are still a family, a loving family with my dad.”