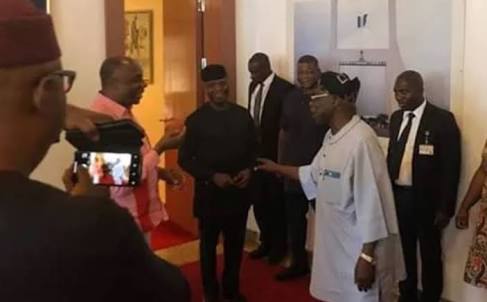 “Ignore reports VP Osinbajo alongside Minister Amaechi held meeting with former President Obasanjo in Ota. Yesterday (Tuesday), at the Nnamdi Azikiwe International Airport Abuja, on his way to Lagos, VP ran into the former President who had just landed.

They exchanged pleasantries. Period.”
Warning: count(): Parameter must be an array or an object that implements Countable in /home/headlin1/public_html/wp-content/plugins/ultimate-author-box/inc/frontend/uap-shortcode.php on line 94
style=”display:none;”>