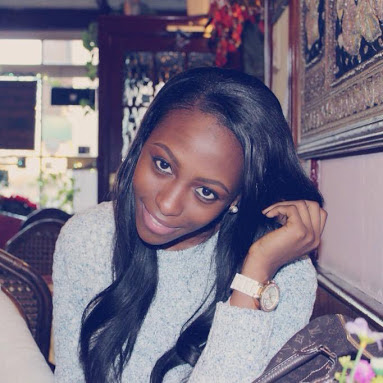 Friends have taken to social media to mourn the loss of a hardworking staff of the National Emergency Management Agency (NEMA), who was allegedly killed by a police officer near her residence in Maitaima area of Abuja.

It’s said that the lady, Anita Akapson was shot dead on

Saturday night by the police who claimed it was a case of ‘mistaken identity’.

It was revealed that the family of the deceased has reported the issue at the police station but have not gotten any response. How sad! 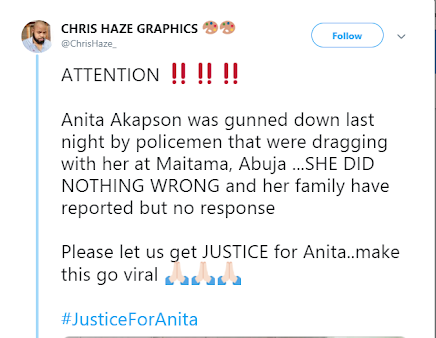 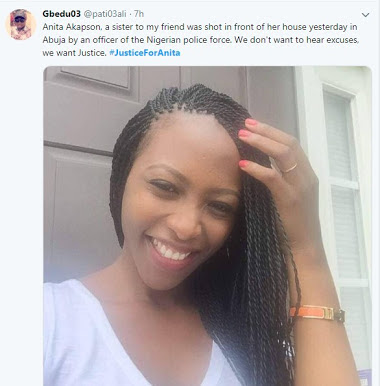