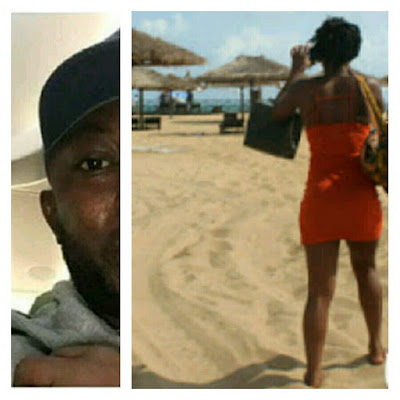 It was tragedy over the weekend for the family of Egom in Benin City as their Malaysian based son, Olisemeka Egom was shot dead.
He was killed after he suspended his wedding when he discovered the lady he came home to marry was already carrying three months pregnancy.

The 34 years old Olisemeka was shot dead in his family residence at Akugbe Street, Off Dumez road, Sapele road in the state capital in the presence of his father, would-be wife and their three-year old boy.

He was said to have returned home to marry the girl who had a baby boy for him and has been leaving with his parents since he traveled out last year.

His father said, “My son and the girlfriend Judith have not been quarreling before, but when my son arrived last August he accused the girl of carrying another man’s pregnancy.

“The girl agreed but said my son was responsible. My son said it is impossible because he has not been around, the last time he visited Nigeria was July 2017.

“He said he would not go ahead with the wedding. So this was the issue on ground. My son opened well-stocked baby things shop for her. He said it was because of his son.”

He accused the lady of complicity in the brutal murder of his son.

Police confirmes a case of murder was reported and advised the bereaved family to come forth with more information.