Portugal and Juventus football star Cristiano Ronaldo‘s family have spoken out concerning the rape allegation against him.

His sister Katia Aveiro and mother Dolores Aveiro posted a photo of Ronaldo in a Superman cape on Facebook and Instagram.

“I want to see who has the courage to put this photo on their profile for a week and make a chain for him..for Portugal, for him, for us and for the union of our people, for justice. He deserves it,” the caption for the photo read. 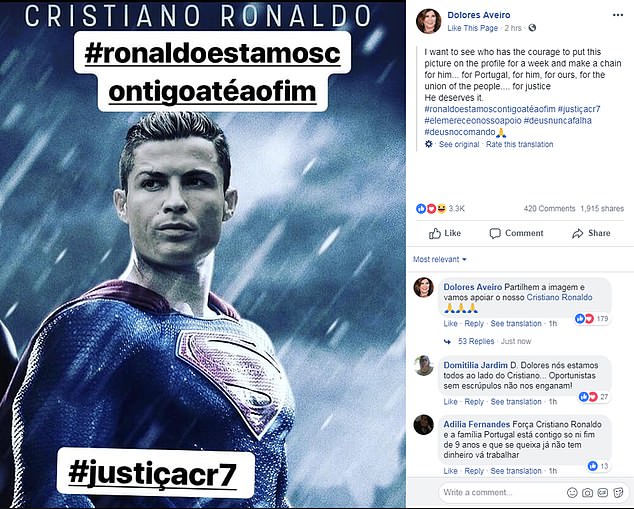 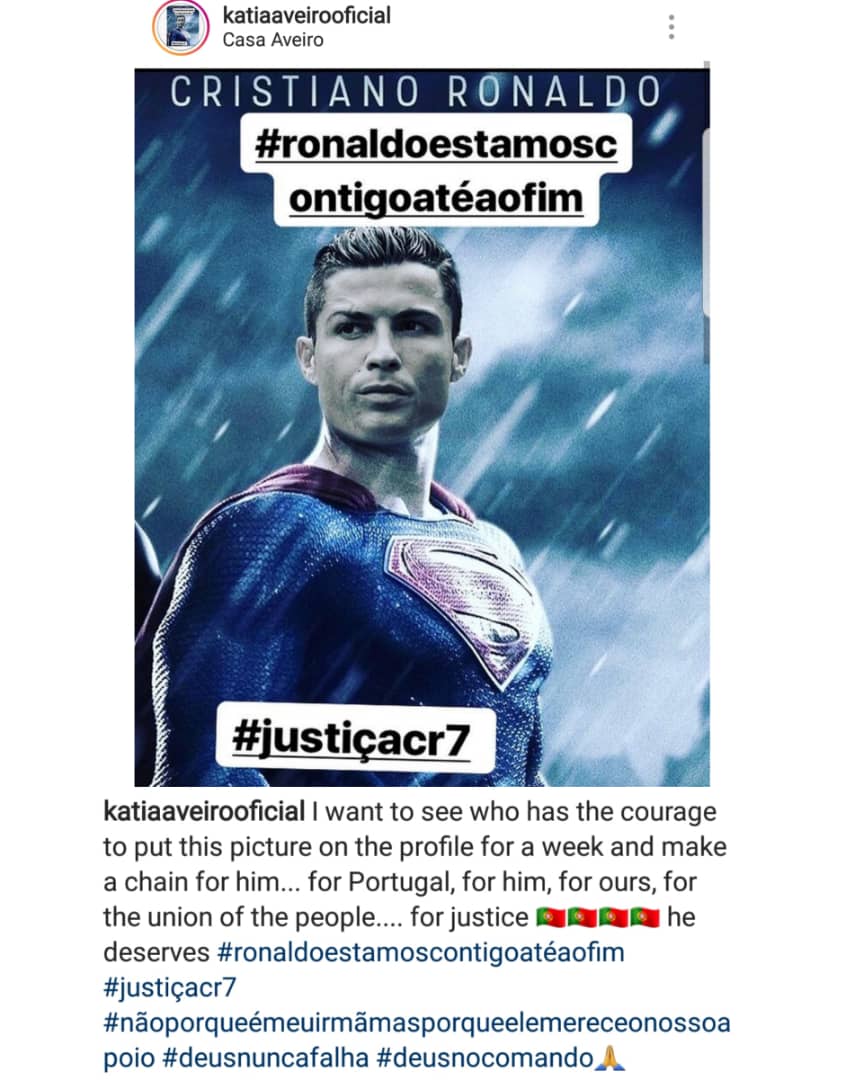 The photo also had two hashtags in Portuguese. One translates as “#Ronaldo, we are with you to the end” and the other as “Justice for CR7”.

Ronaldo was accused of rape by Kathryn Mayorga who claimed he assaulted her at a Las Vegas hotel in 2009. Mayorga added that Ronaldo had even paid a settlement fee of $375,000 at the time.

The football star has denied the allegation twice on social media, tagging it as “fake news”.