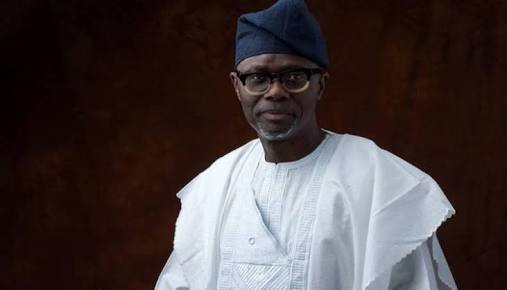 The Lagos State governorship candidate of the All Progressives Congress (APC), Mr Babajide Sanwo-Olu, says he has never been declared unfit and having unsound mind at any point in time.

This is contrary to allegations levelled against him by the Lagos State Governor, Mr Akinwunmi Ambode in the heat of APC primaries.

The governor on September 30, 2018 while addressing a World Press Conference alleged that Sanwo-Olu was once a patient at the Gbagada General Hospital, Lagos, where he underwent rehabilitation.

Sanwo-Olu had emerged as the governorship candidate of the party in the state based on the support received from the Mandate Movement of the Lagos APC and that of the national leader of the party, Asiwaju Bola Tinubu.

Ambode, who lashed out at his then opponent for the party’s governorship primary election, after failing to secure the backing of the Mandate Movement for a second term, had said, “The aspirant that has been put up to contest against me (referring to Sanwo-Olu) is not a fit and proper person to take this job.”

He had added, “This particular aspirant is somebody that has been arrested for spending fake dollars in a nightclub in America, and was detained for months.

“It is also known that he doesn’t have the competence to do what he is being propelled to do. This is somebody that has gone for rehabilitation before. The records are there at the Gbagada General Hospital.”

But in the Form CF001 submitted to the Independent National Electoral Commission by Sanwo-Olu, he said he had never at any time been adjudged to be of unsound mind, The Punch reports.

Responding to one of the questions in the form: “Have you ever been adjudged a lunatic or declared to be of unsound mind?” the governorship candidate ticked “No.”

According to INEC, one of the grounds for disqualification for anyone seeking public offices specified in sections 65, 106, 131 and 177 of the 1999 Constitution is if such a person is “adjudged to be a lunatic or declared to be of unsound mind.”