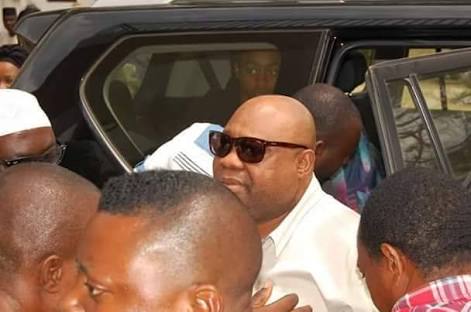 “Our attention has been drawn to an evil rumour circulating about the state of health of Senator Ademola Adeleke. We affirm that the people’s governor is hale and hearty.

“As a distinguished senator and holder of the stolen mandate, Ademola Adeleke has been attending to statutory duties within and outside his constituency in good health and high spirit. There was no time the Senator suffers health failure either at airport or anywhere else.

“We, therefore, urge our teeming supporters and the good people of Osun state to ignore any fake news purporting health failure on the part of the Senator.It is a product of a warped minds and infantile imagination of usurper of peoples mandate.

“All hands are on deck to regain the mandate of the people freely giving on September 22. We owe Osun people that sacred duty,” the statement reads.

He’s not the Ademola Adeleke who slumped and died at the airport.
Warning: count(): Parameter must be an array or an object that implements Countable in /home/headlin1/public_html/wp-content/plugins/ultimate-author-box/inc/frontend/uap-shortcode.php on line 94
style=”display:none;”>