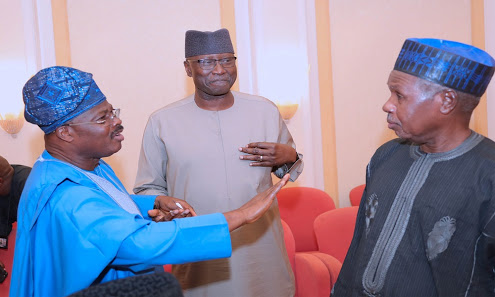 The Secretary to the Government of the Federation SGF, Mr Boss Mustapha, has called on All Progressives Congress (APC) members to bury their differences and work for the success of the party in the 2019 general elections.

Mustapha made the appeal at the end of the two days APC North East Zonal meeting in Bauchi on Sunday.

He said grievance is a enemy of progress that does not allow achievements and development within the party and the nation.

“We have to work towards successful outing in forthcoming general election, so we have to forgive and forget,”he said.

The SGF noted that the reconciliation committee set up by the national body of the APC would be the best solution to solve all the crisis bedeviling the party.

Represented by the Director General, National Orientation Agency (NOA) Dr Garba Abare, he said the setting up of the committee came at a right time when the 2019 general elections is approaching.

Mustapha underscored the need for all members of the party to leave their differences and unite under one umbrella for the success of APC in the elections.