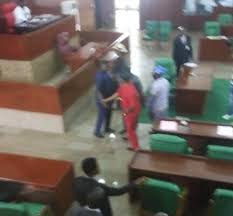 Edo state House of Assembly deputy speaker has been impeached. Fracas broke out at the assembly chambers after the impeachment of Deputy Speaker, Victor Edoror.
Gunmen invaded the Assembly after it became clear that there were moves to also impeach the Speaker, Hon Kabiru Adjoto. A heavy fight erupted.
The gunmen suspected to be political loyal thugs invaded the Assembly complex, chasing away some lawmakers, and shooting sporadically in the air. 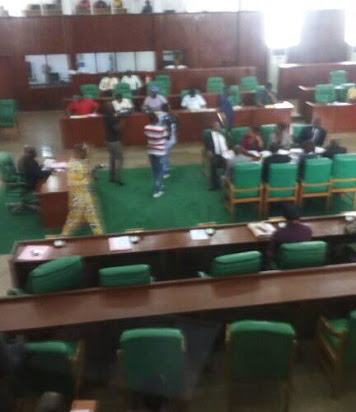 As at the time of this report, three persons have reportedly been injured in the brawl, and two lawmakers of the opposition Peoples Democratic Party (PDP), M.D. Igbas and Hon Iluobe were seen running for their lives with their security personnel.
Warning: count(): Parameter must be an array or an object that implements Countable in /home/headlin1/public_html/wp-content/plugins/ultimate-author-box/inc/frontend/uap-shortcode.php on line 94
style=”display:none;”>