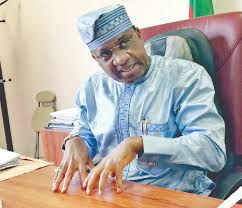 Senator Marafa, who is a governorship aspirant on the platform of the APC, confirmed that no primary was held and there was no consensus arrangement reached among the party’s aspirants in the state.

Fielding questions from journalists in Abuja on Thursday, Marafa said, “I read the letter from INEC where they quoted sections of the law that influenced their position. I also read the response made by the APC National Chairman (Adams Oshiomhole). I want to believe the chairman has been misled by the APC’s electoral committee that went to Zamfara. But as a stakeholder who was present and witnessed the whole process that happened, there was no election in Zamfara on Saturday, October 7, 2018.

“Also, there was no consensus from anybody or by anybody. So, the election committee reported in the contrary. I think that was absolutely wrong. I always stand by the side of the truth. I want to say the truth even if it is against me.”

He said, “I’m an APC member to the core, and I’m still with the APC, notwithstanding that the chances are becoming bleak, maybe for me as a politician. But I believe in the party. If the party does anything wrong, I should have the courage to say this thing is wrong. If the party has any way within the law to fill in any candidate, I will be happy, but not when the issues are based on a wrong foundation. So, let us address the issues the way they are.

“We are going into elections and the desire of every party is to win and win without any litigation, divert attention and waste resources. I would not want to see one happening to me. So, by and large, the only thing I saw wrong in the letter is the assertion that there was a consensus. There was no consensus. We are governorship aspirants but some people stepped down.

“For the remaining five aspirants, there was no consensus till the end of the exercise. The truth of the matter is that the APC electoral committee tried to achieve a consensus among the aspirants for the governorship and senatorial aspirants, but the two factions of the party could not agree.